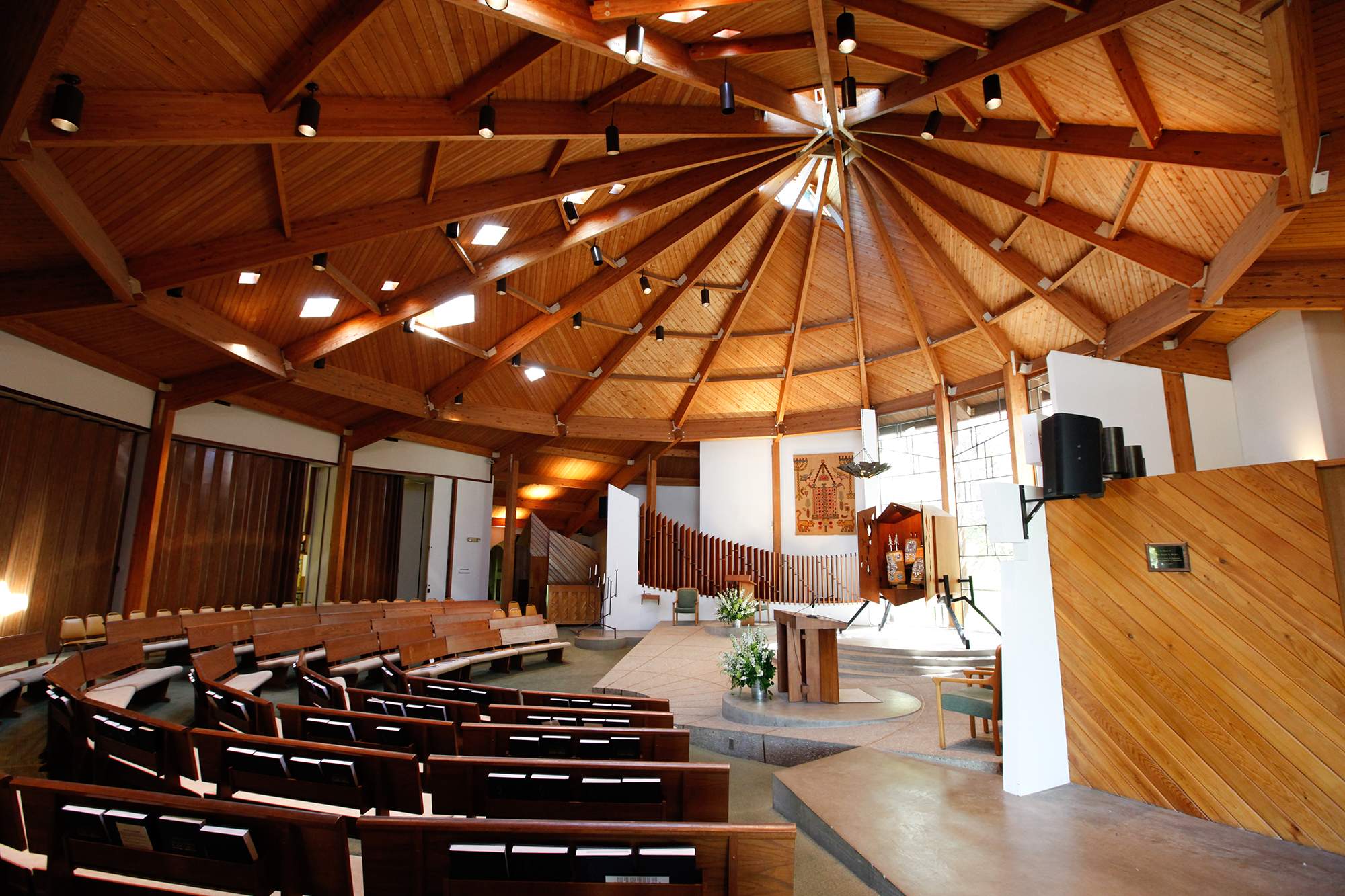 Congregation Emanu-El of Westchester traces its history back to 1952 and the Westchester School for Judaism. Originally conceived as a school dedicated to the teaching of Judaism, the “School” also conducted High Holy Day services as early as 1953 in the private homes of its members. The young school received a name change in 1954: “The Congregation for Reform Judaism in Westchester” and became an incorporated congregation. With the incorporation, the congregation began formal worship services for its 34 families, each paying $100 in annual dues.

The congregation grew yearly and confirmed its first class in 1957. Six students in all were confirmed. 1957 also saw the change in clergy leadership as Rabbi Fineberg was elected and upon the joining of the Union of American Hebrew Congregations, we once again changed our name to Congregation Emanu-El of Westchester.

By 1959, the religious school and congregational growth required classes to be held at the YMCA, the American Legion Hall and the White Plains Conservatory of Music. The time had come for a temple of our own. A gift of 11 acres of land from Mrs. Leo Wallerstein made the building a possibility and construction began. At Chanukah services on December 21, 1962, the new facility was completed and dedicated.

Rabbi Daniel S. Wolk arrived in 1967. Our first Cantor, Tom Lewy, joined later in 1967, followed by Cantor Earl Rogers, whose original musical compositions added beauty to our services. We continue to honor Cantor Earl Rogers for his long and dedicated service with a special Sabbath tribute each year. Under the leadership of Rabbi Wolk the congregation swelled and by 1969 the need for increased space for both religious teaching and prayer was evident. Two years later, on December 10, 1971, the dedication of the new building and sanctuary took place. Under the spiritual and educational stewardship of Rabbi Wolk, Cantor Meredith Stone, who joined the clergy in 1985, and religious educator, Marcie Aiuvalasit, (1987), Congregation Emanu-El of Westchester grew to over 400 families.

After 42 years of dedicated service, Rabbi Wolk retired in the spring of 2010. In July of that year, the temple was thrilled to welcome Rabbi Howard J. Goldsmith as its new rabbi. Rabbi Goldsmith, who served as Assistant Rabbi of Temple Emanu-El in New York City, brought with him a new vision that built on the foundations laid by Rabbi Wolk while moving the congregation firmly into the 21st century. In 2012 the congregation completed its next stage of physical growth when it opened the beautiful, 4,500 square foot Susan Schweitzer Family Learning Center and completed a renovation of the original facility. At the same time, Emanu-El established a robust programming endowment and brought on Jane Dubro as a full time Youth Activities and Program Director. She partners closely with Rabbi Goldsmith to create a vast array of programming each year to engage members of every life-stage. In 2020, the congregation welcomed Naomi Fabes as its new Director of Education. With her energy and deep knowledge, it is clear that the religious school and youth programs will grow and develop in meaningful, fun, and inspiring ways

Today, Congregation Emanu-El of Westchester is a leading Reform synagogue in the area. With strong membership, a beautiful facility, and a first rate clergy and staff, we have surely exceeded the imaginations of that first group of students back in 1952.