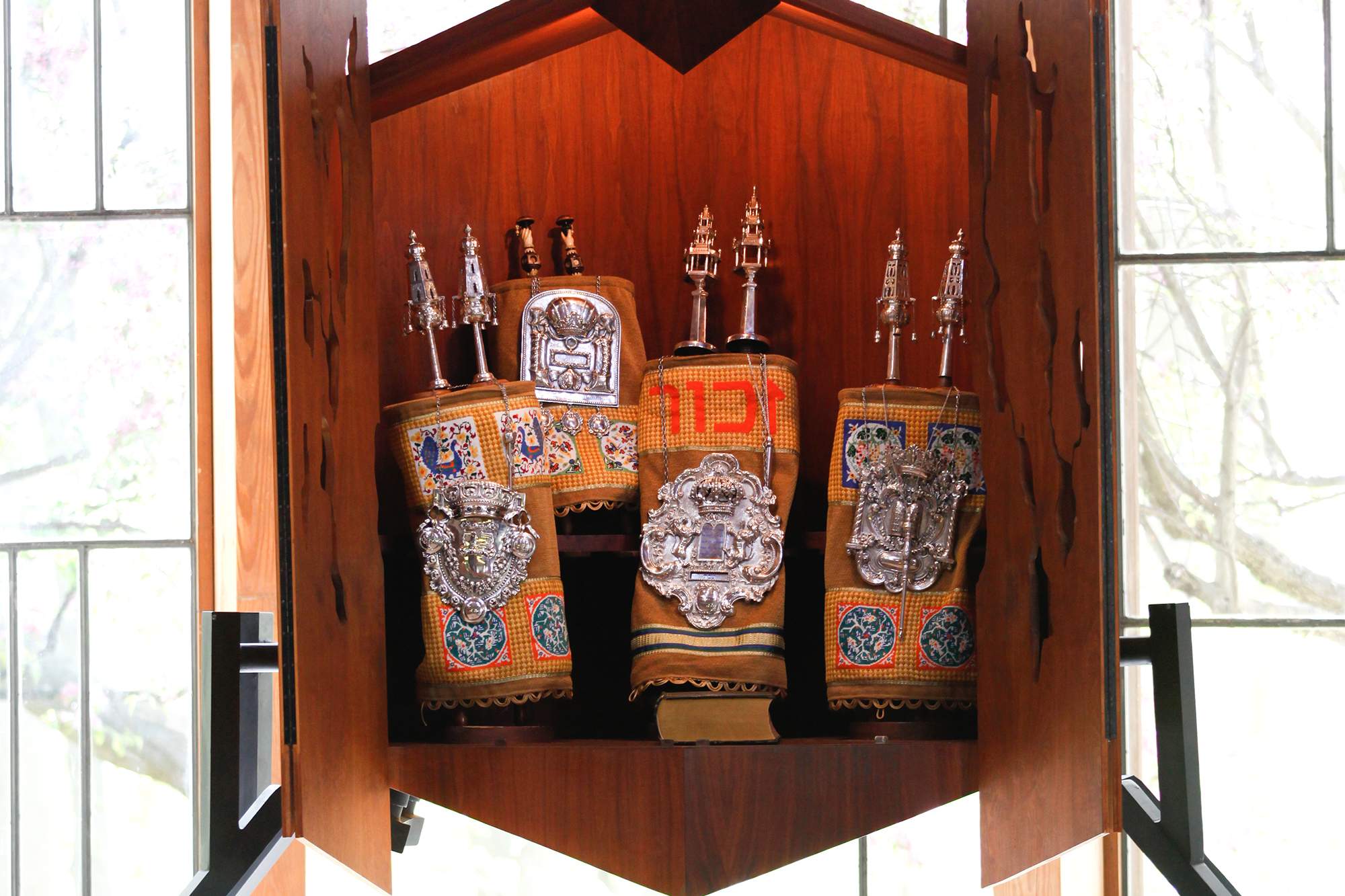 The congregation welcomed a Torah, a gift from the Metropolitan Geriatrics Center, with a dedication ceremony. Its auspicious arrival came via a shopping bag and its resting place was a flat table which served as the first Ark.  This original and smallest Torah still resides in the Ark at the center of today’s bima. Our Zachor, Memory, Torah is a scroll rescued from the Holocaust. It was collected by the Westminster Synagogue and is on loan to us under a 99- year agreement. The Torah comes from Czechoslovakia.

Our third Torah, made an adventurous trek from Nazi controlled Europe to America via an underberth voyage on the R.M.S. Mauretania. Our fourth Torah has an origin and history currently unknown. Our fifth, and final, Torah is on loan from the Austrian Family. The scroll has been in their family for decades and, soon after joining Emanu-El, they entrusted it to us for use by the congregation to celebrate Shabbat and Holy Days.

As the number of scrolls had now become overwhelming for the “flat table” Ark, a hurried call was made to a cabinet maker who turned an old kitchen cabinet into a stained and varnished Ark. The Ark was transported for each service via jeep to the Ridgeview Congregational Church in White Plains where services were held.